At the beginning of August, consumer confidence fell to its lowest level in six years amidst summer coronavirus surges. The Conference Board Consumer Confidence Index declined to 91.7 in July and then decreased to 84.8 in August. The Present Situation Index, which measures consumers’ assessment of the current state of labor and business, decreased significantly from 95.9 to 84.2, while The Expectations Index, which measures consumers’ short-term outlook for income, business, and labor market conditions, declined from 88.9 in July to 85.2 this month. Lynn Franco, Senior Director of Economic Indicators at The Conference Board states:

“The Present Situation Index decreased sharply, with consumers stating that both business and employment conditions had deteriorated over the past month. Consumers’ optimism about the short-term outlook, and their financial prospects, also declined and continues on a downward path. Consumer spending has rebounded in recent months but increasing concerns amongst consumers about the economic outlook and their financial well-being will likely cause spending to cool in the months ahead.”

It appears that Americans are still quite worried about contracting the virus themselves as well as family members getting ill. Deloitte’s State of the Consumer Tracker shows that US consumers still have high anxiety levels with 33.2% of respondents in the latest survey (8/16/2020) reporting higher anxiety than they had in the prior survey. More than half of respondents (51.7%) said they were concerned about their physical well-being while 61.1% were worried about the health of people close to them. According to the Deloitte survey, anxiety and health-related concerns have been inching up since mid-June no doubt due to the surge in cases over the summer.

The Deloitte surveys have revealed that concern levels vary depending on demographic factors including age, location and gender. Deloitte’s Global Consumer Tracker revealed that older people seem to be more worried about health risks than younger ones, while urban-dwellers appear more concerned about health risks than their rural-dwelling counterparts. Interestingly, the Deloitte surveys have found that women are more likely to be worried about their health than men.

US for All Age Groups 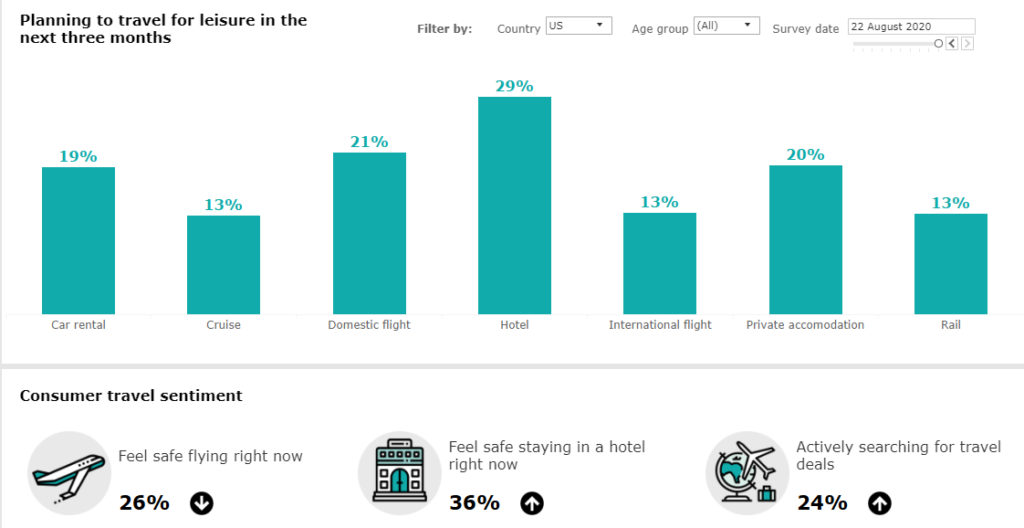 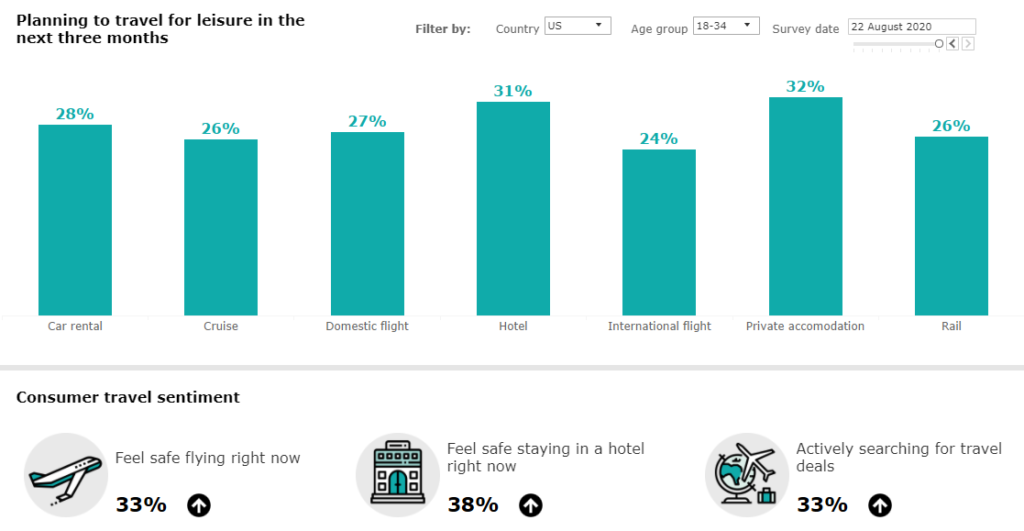 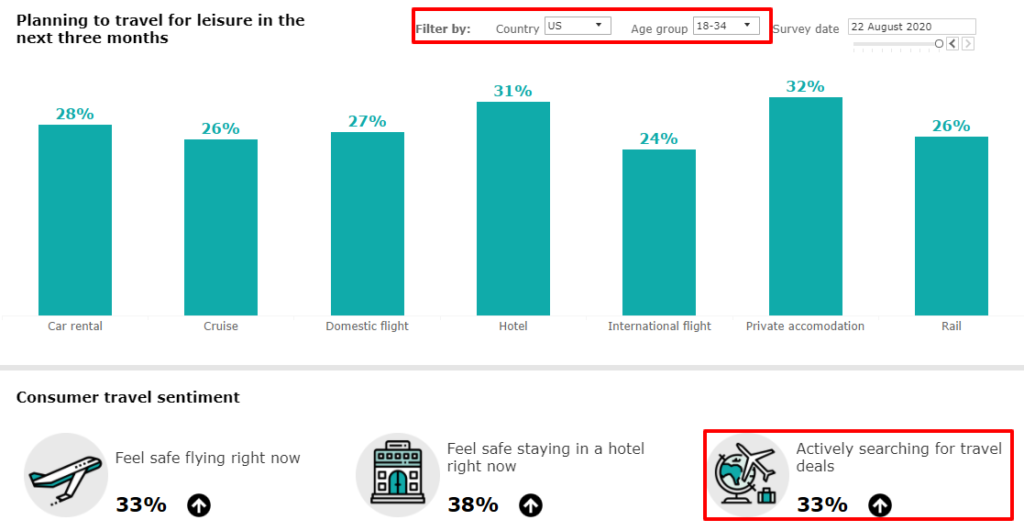 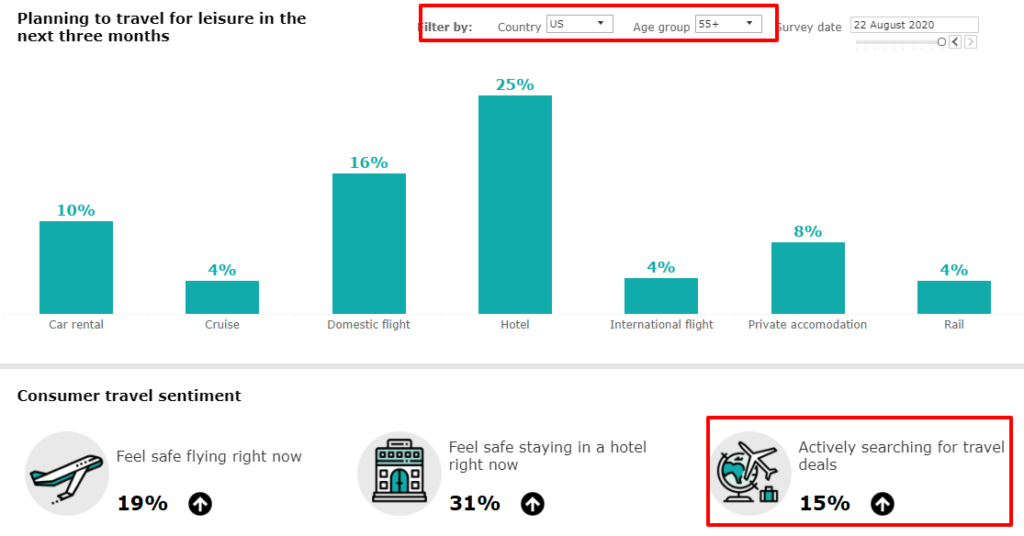 Given that more people in the US 18-34 and 35-54 age groups are planning for travel, feel safer flying and are actively searching for travel deals, it makes sense to gear hotel marketing efforts to one or both of these groups for the next 3-6 months. This means fresher, more youthful ads, more attractive deals and discounts while still projecting a safe and sanitized destination.